Airthings is a Norwegian tech company that develops and manufactures both professional and consumer-facing air quality monitoring products. Airthings’ devices have completely changed the way people monitor and analyze radon and other dangerous indoor air pollutants. Founded in 2008, the company’s products have made radon detection easy to deploy, accurate, and user-friendly – all of which are current challenges with other solutions on the market. Airthings is on a mission to ensure people around the world take control of their Indoor Air Quality (IAQ) through simple, affordable and accurate solutions.

While Airthings had carved out a name for itself as a respected niche brand from a small country in a specialized industry, they were seeking to break through to achieve mainstream credibility and establish the important yet under-discussed topics of Radon monitoring and indoor air quality (IAQ) as part of the global media conversation. In short, Airthings sought to get people talking about WHY they should care about the air they breathe, especially with Radon being the leading cause of lung cancer for non-smokers.

Airthings is a company that wholeheartedly cares about using their technology to help people live healthier, safer and more productive lives. With this goal in mind, GreenRoom channeled the company’s passion and unique product range of smart Radon and IAQ detectors into a public relations program with a priority on premium, high-quality results that effectively conveyed the mission and overarching benefit of Airthings and its products.

2019 was also slated to be Airthings’ first CES with a robust booth presence on the show floor, and to supplement this presence, the brand needed a steady cadence of media coverage and interest leading up to the show, offering third-party validation and credibility to support the brand’s merit in CES award submissions.

GreenRoom quickly recognized the opportunity to leverage Airthings through a diversified and widespread approach, ranging from product testing to expert commentary. Not only does Airthings manufacture smart home products that address the ever-important issue of health, but the Airthings team consists of world-renowned thought leaders in the air quality sector, making the brand a qualified authority that can provide media-friendly industry experts. Airthings also offers products geared towards businesses and schools; they created the world’s first real-time, localized online Radon Map, and they have partnerships in place with renowned organizations such as the American Lung Association and British Lung Foundation.

Taking all of these aspects into account, GreenRoom developed a comprehensive media relations and communications strategy for Airthings, kicking off with a pipeline of secured media coverage leading into the 2018 holiday season, and punctuated with an integrated media strategy for CES 2019 that would springboard a saturation of marquee media coverage for the brand during Radon Action Month in January – the perfect time for all eyes to be on Airthings.

Following that, the remainder of the calendar year would be spent on securing marquee product coverage and opportunities for executives to speak, as well as a robust awards program and ensuring the company’s B2B initiatives were successful.

GreenRoom’s PR efforts focused on identifying several key media verticals that Airthings’ products or expertise would be relevant to and crafted tailored and strategic media outreach angles that would resonate with each:

•  For marquee consumer electronics publications, Airthings’ Wave and Wave Plus models were positioned as valuable additions to a smart home system that addressed the need for IAQ monitoring in the home during the pre-holiday and prime holiday gifting season.

•  For family and parenting media outlets, GreenRoom positioned Airthings’ products as a critical need for parents to keep their families and children safe, especially during the colder months commonly associated with elevated Radon levels – “we spend more than 90% of our time indoors, so why aren’t we giving more thought to the air inside our households?”

•  For health-focused outlets, GreenRoom messaged the little-known yet damning facts about Radon: it’s the leading cause of lung cancer for non-smokers and responsible for more deaths annually than carbon monoxide and home fires combined. To reinforce this, GreenRoom enlisted Airthings brand advocate Rachael Malmberg, a former member of the Team USA Women’s Olympic Hockey Team who was diagnosed with Stage 4 lung cancer at 30 due to Radon exposure, to share her story on behalf of Airthings and serve as a cautionary tale that illustrates the need for lung cancer awareness.

GreenRoom also constructed an ironclad awards program for Airthings to enrich the brand’s industry reputation and credibility through accolades in product innovation, development and corporate culture.

With this pipeline of robust media coverage for the brand’s product portfolio in tow, spanning gift guides inclusions, brand spotlights and insightful product reviews, GreenRoom set all sights towards CES 2019, with an objective to put an exclamation point on the brand’s recent media surge with a massive show. GreenRoom led with a communications strategy announcing Airthings’ launch of a new product at CES, Wave Mini, which was positioned as an ideal, budget-friendly, entry-level air quality monitor for newcomers to IAQ monitoring. Aware of the importance of boosting and maximizing these efforts, GreenRoom supplemented the launch with various other media wins, including coordination of earned national broadcast coverage on-site during CES, where GreenRoom further boosted the media interactions facilitated on the show floor by arranging an exclusive in-room segment with NBC News featuring executive commentary from the Airthings team. This combination of tactics ensured that Airthings would create a groundswell effect of media attention in a concentrated time span during a critical time for the brand. 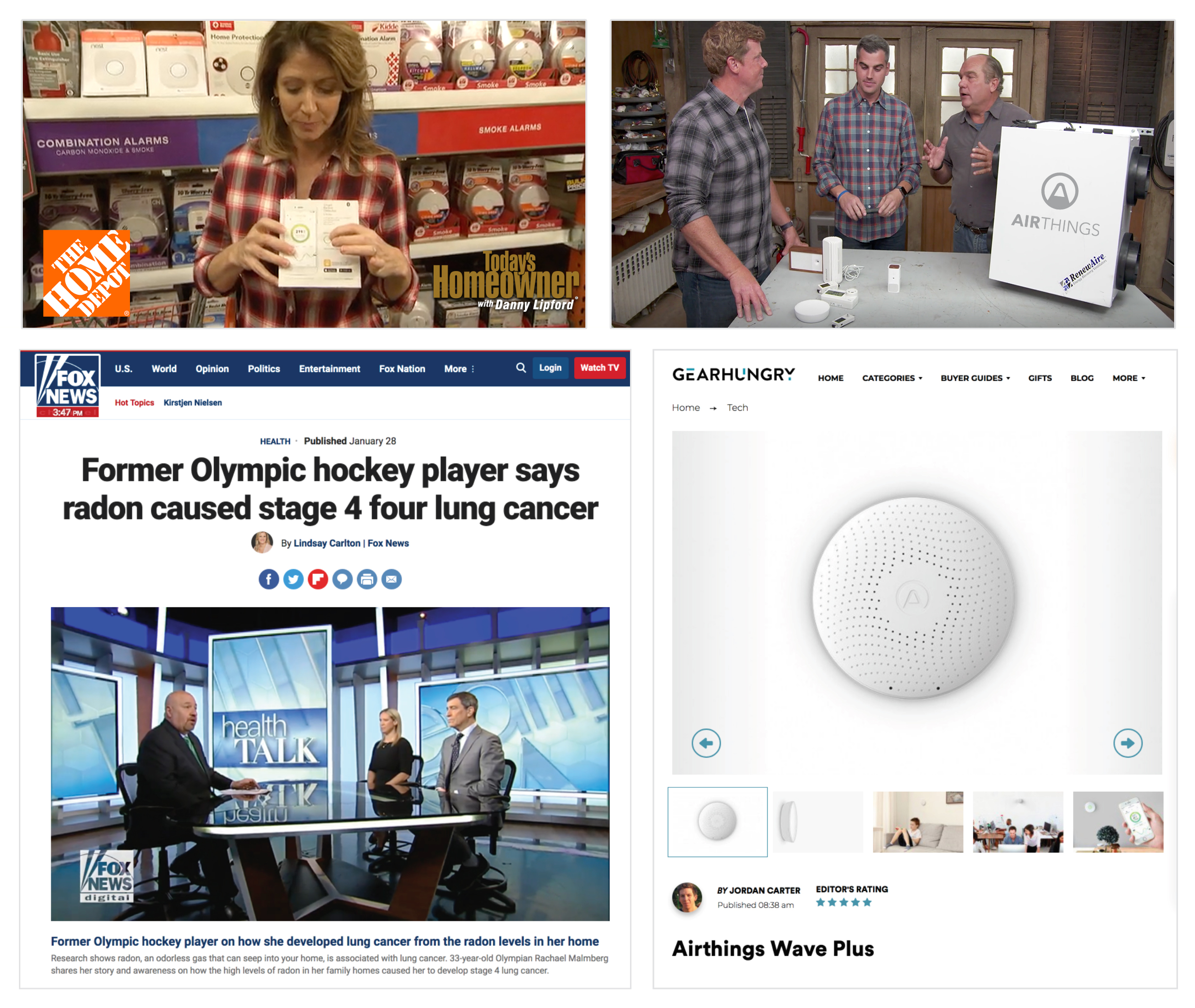 GreenRoom’s compelling and thought-provoking entry for Airthings’ Wave Plus in the 2019 CES Innovation Awards resulted in the product being named an Innovation Award Honoree – a noteworthy accolade for a small brand to achieve in an overwhelmingly competitive field. Airthings’ Wave Plus was also selected as an honorable mention in the Health & Wellness category for Fast Company’s 2019 “Life Changing Ideas” Awards, further cementing Airthings’ industry credibility and reputation for having a valuable impact on lives. Seeking additional third party validation from venerable media outlets, GreenRoom crafted an entry that ultimately led to the Wave Plus earning the distinction of one of TIME’s Best Inventions of 2019.

Not resting on the laurels of CES success, GreenRoom concurrently arranged an interview for Airthings ambassador Rachael Malmberg at FOX News’ NYC Studios about her lung cancer battle and the importance of regular Radon testing. Rachael’s moving story quickly picked up steam and went viral across the news cycle, resulting in a cascading effect of coverage from People, Health.com, Daily Mail, Yahoo! News, and many more, leading to a complete saturation of media for Airthings in January. The impact of this widespread media coverage resulted in an unprecedented spike in sales for Airthings across all retail channels and a massive spike in web traffic for the brand, along with the first-ever website crash due to the overwhelming traffic funneling in from media-related sales. 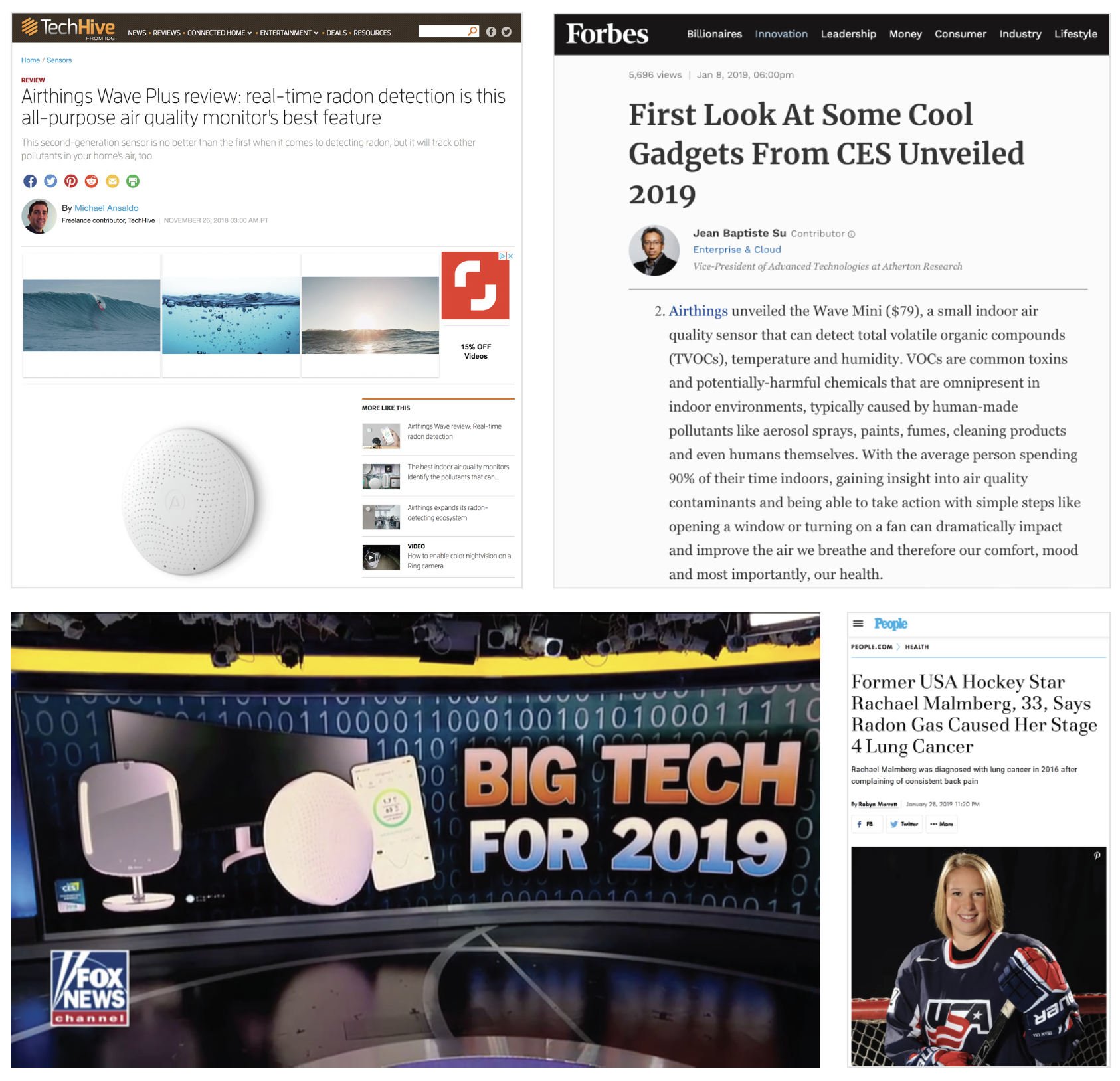 The immediate impact of the tremendous results GreenRoom secured for Airthings within the first six months of partnership played an instrumental role in the brand’s continued, rapid ascent towards becoming a trusted global leader in the IAQ category and a well-known entity across multiple media verticals.

Looking ahead, with Airthings’ consumer awareness continuing to grow, GreenRoom will work in tandem with the brand to reinforce the overarching initiative of establishing Airthings as an industry-leading force in indoor air quality solutions and expertise. GreenRoom will continue to generate game-changing results for Airthings’ growing product line and position the brand for ongoing success as a go-to resource for thought leadership and expert commentary – and watch as Airthings’ mission of making healthy air quality for all becomes a reality. 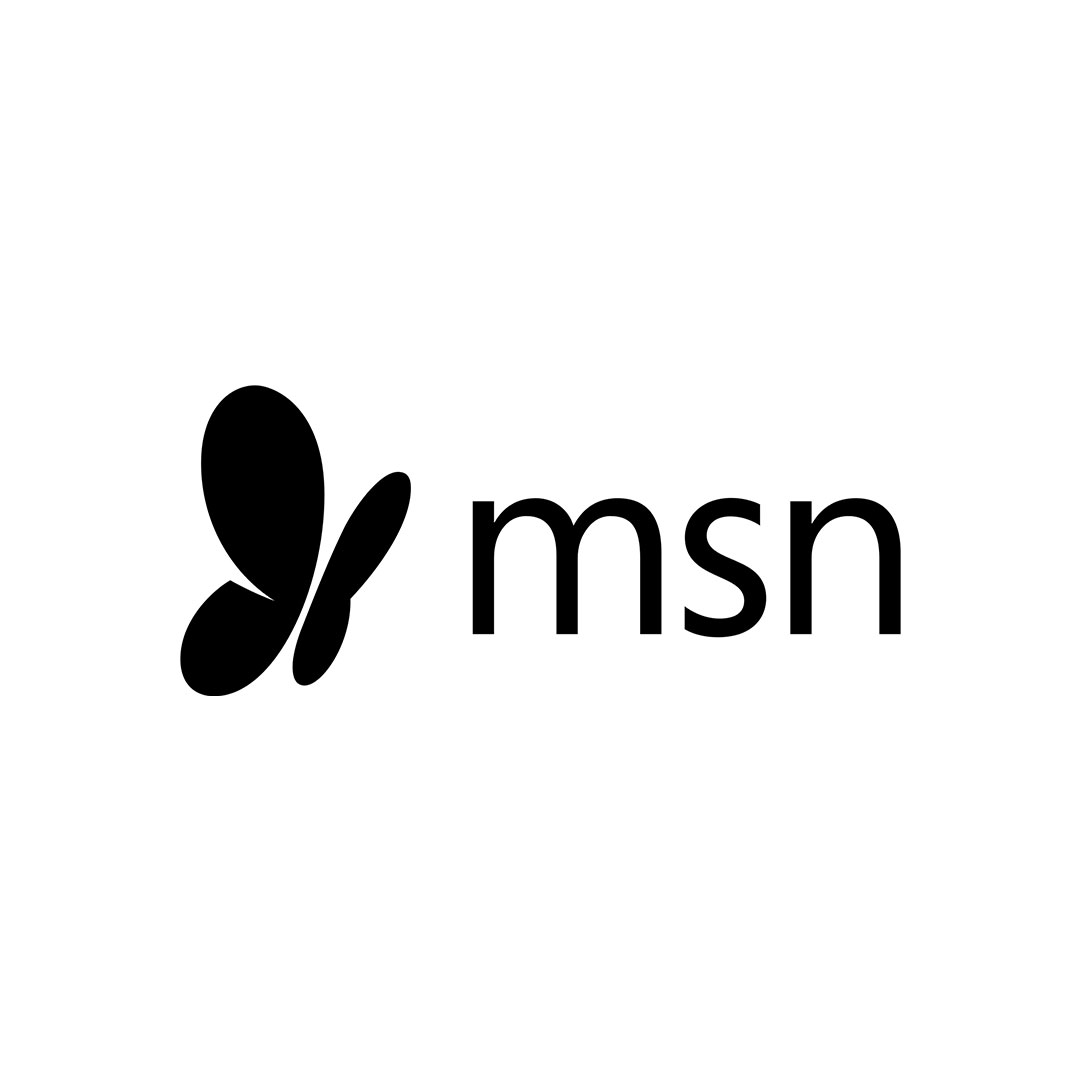 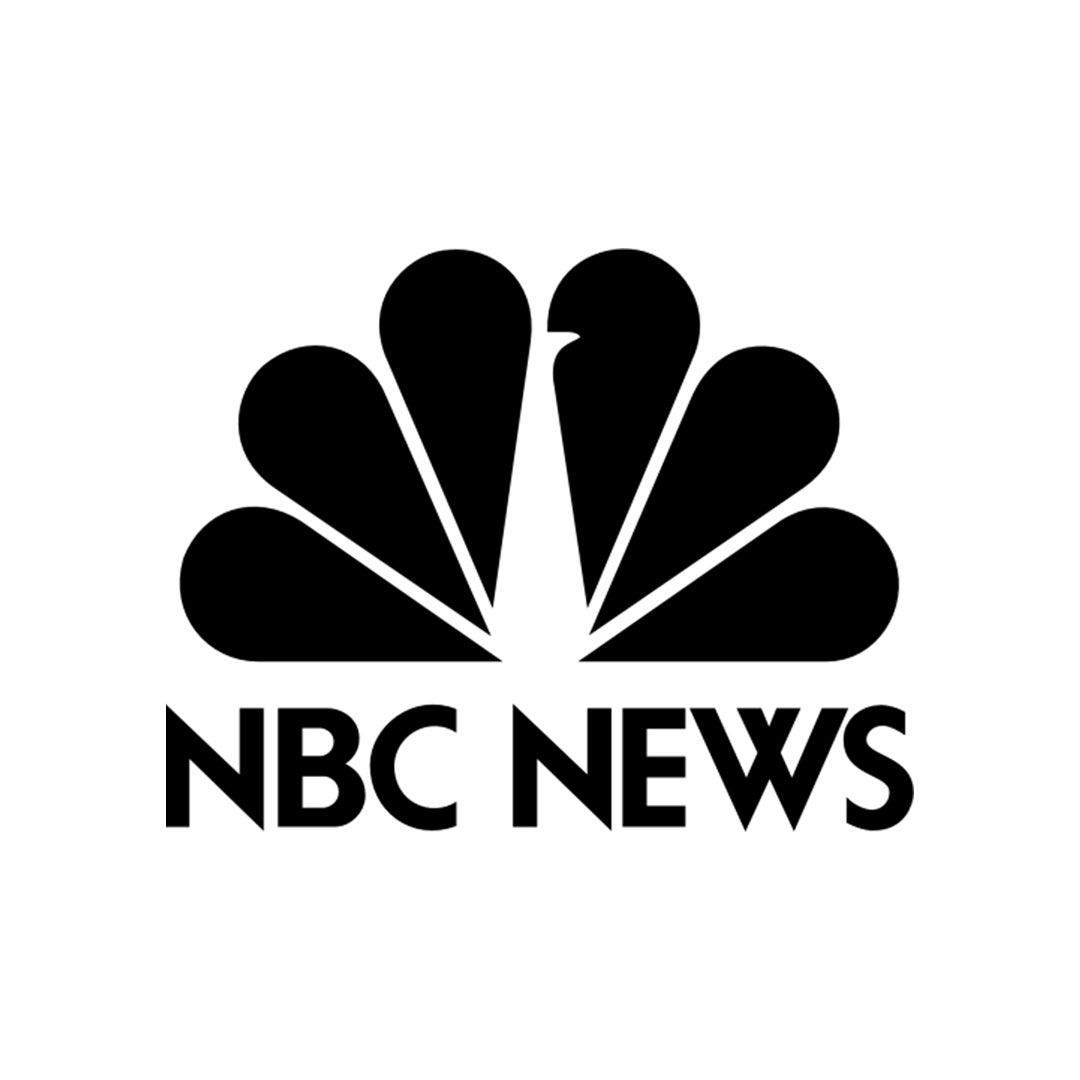 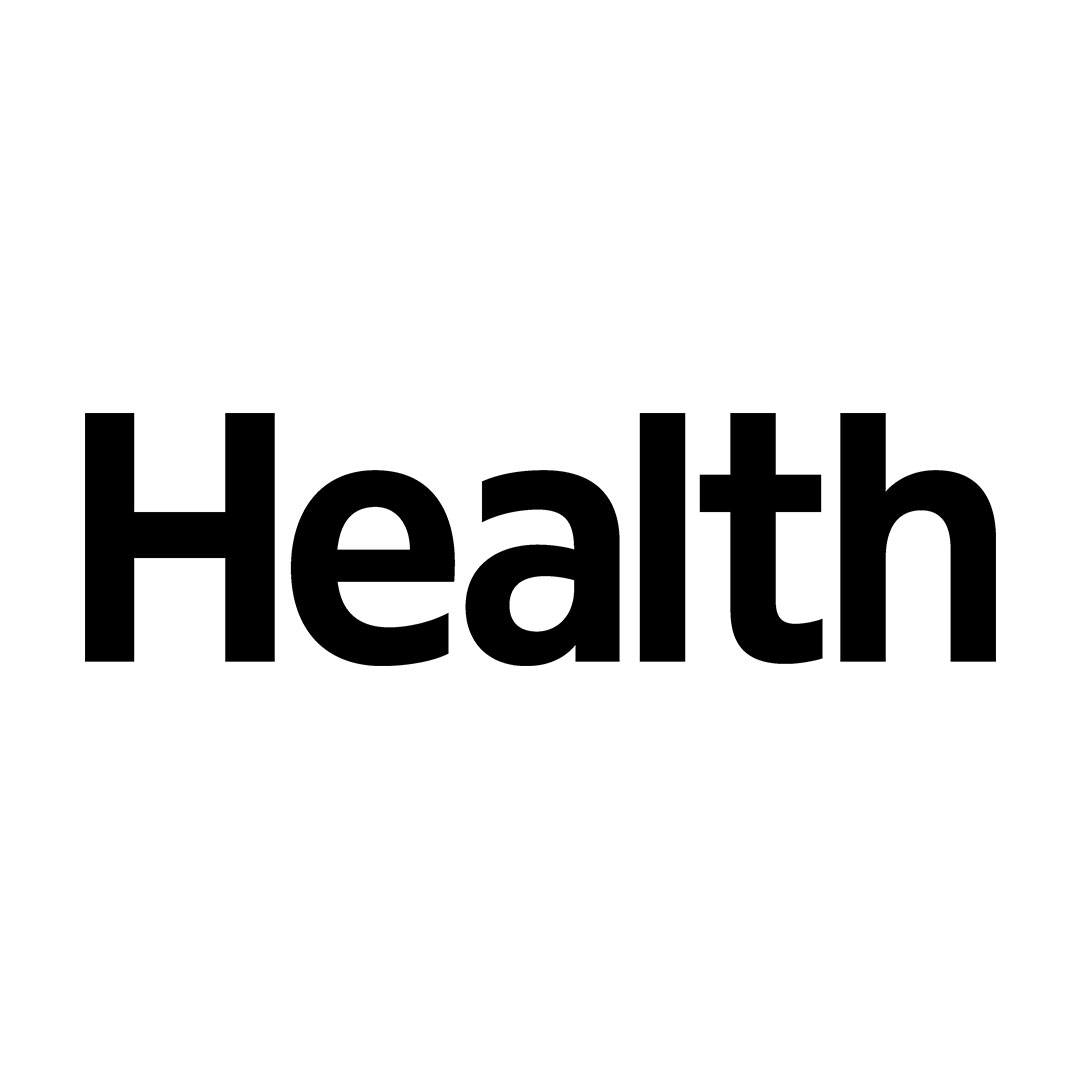 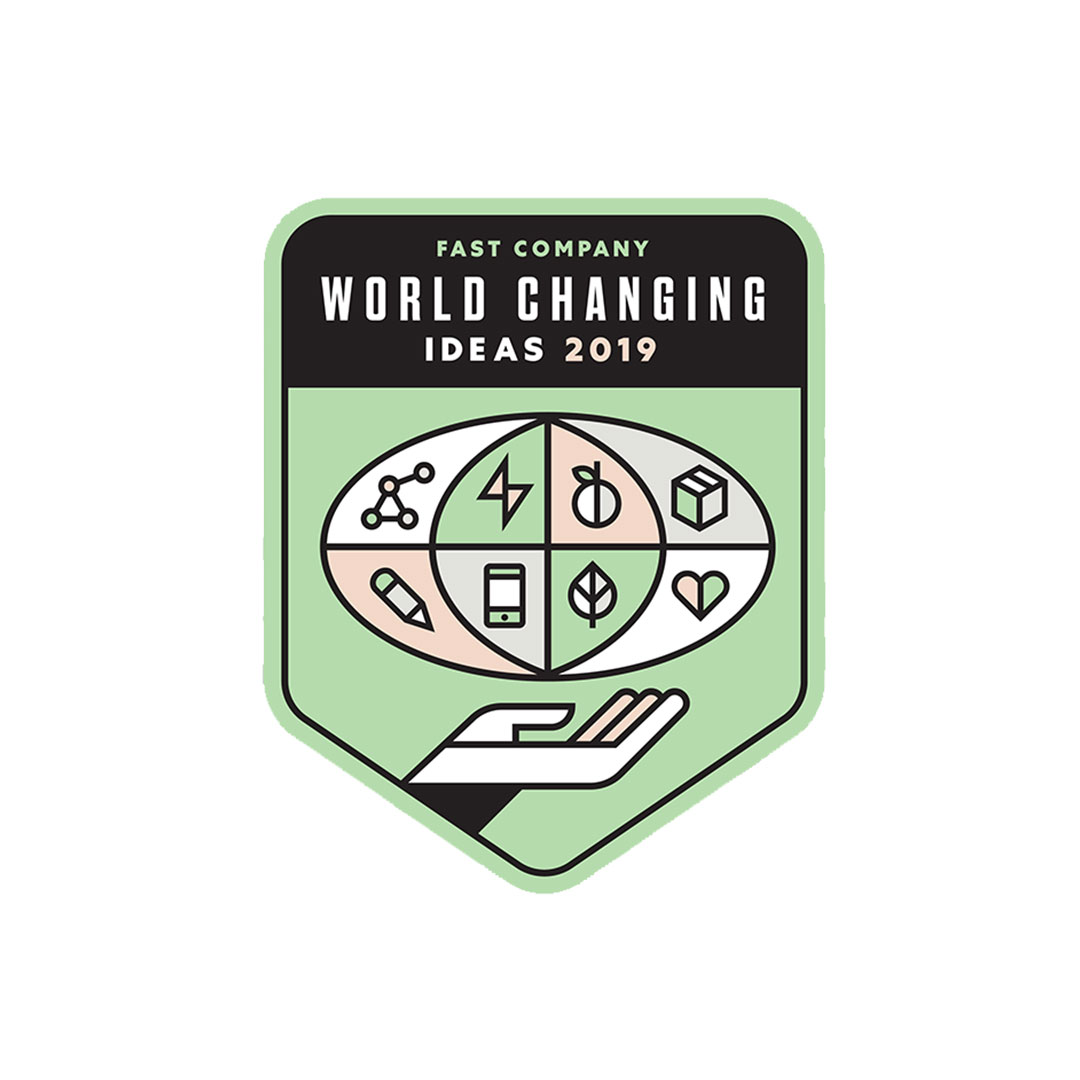 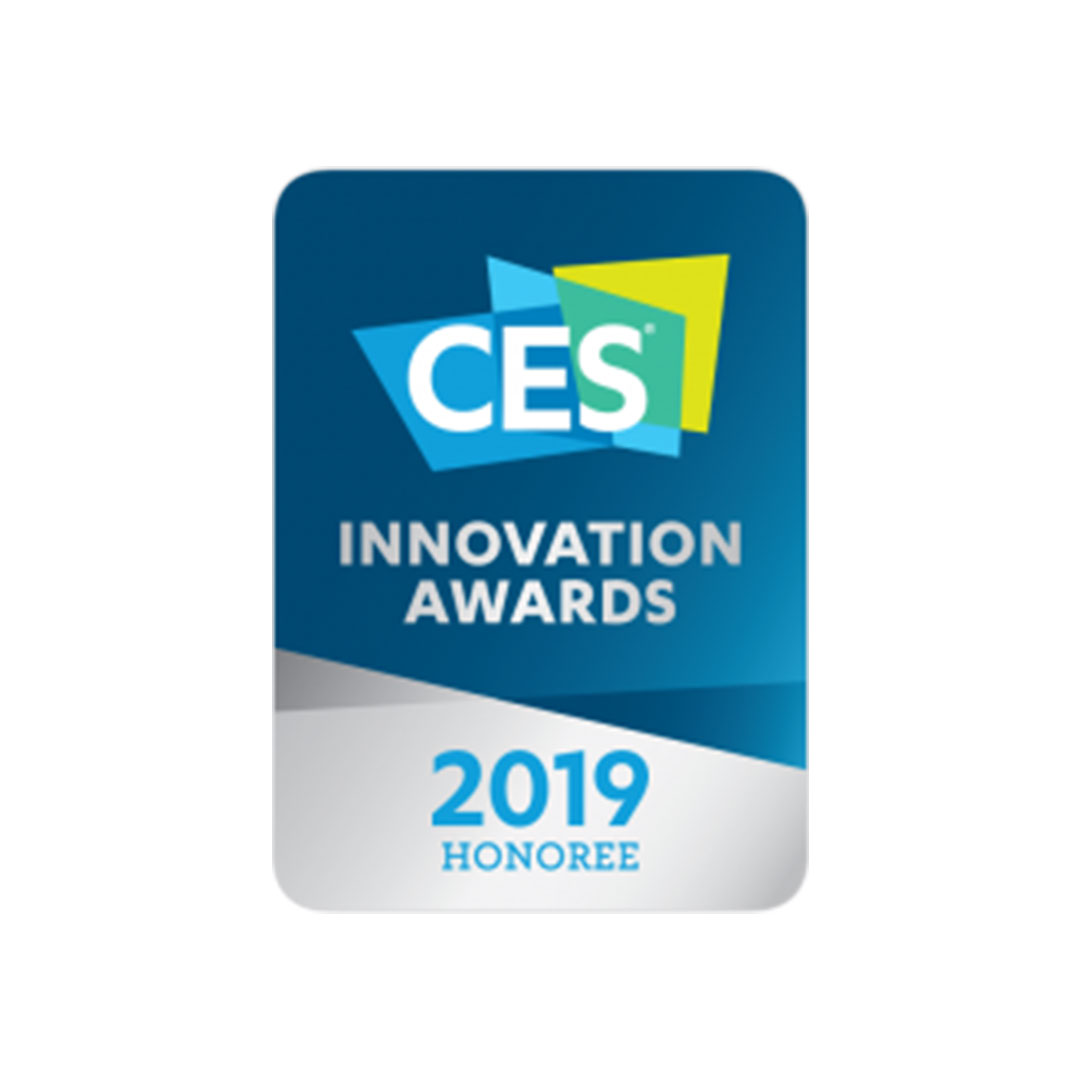 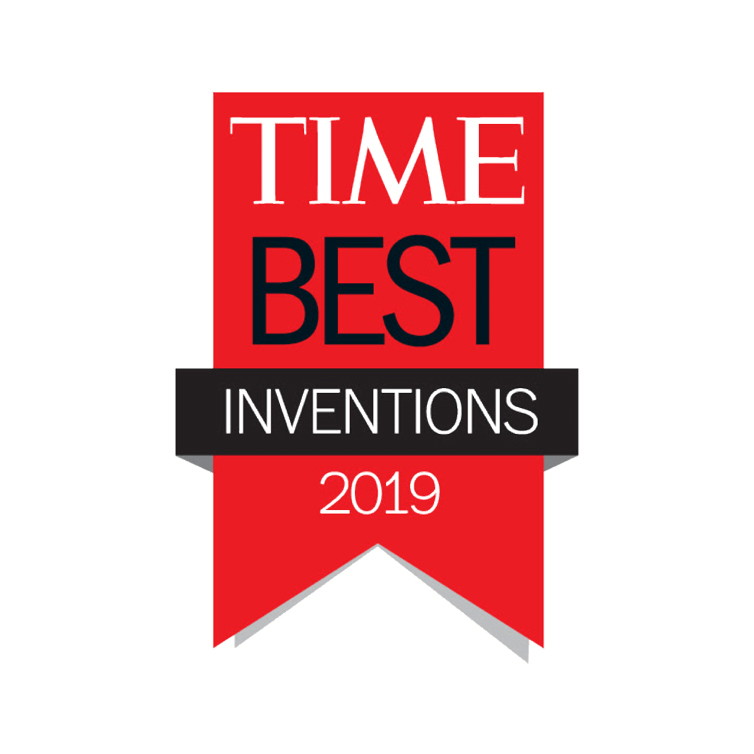