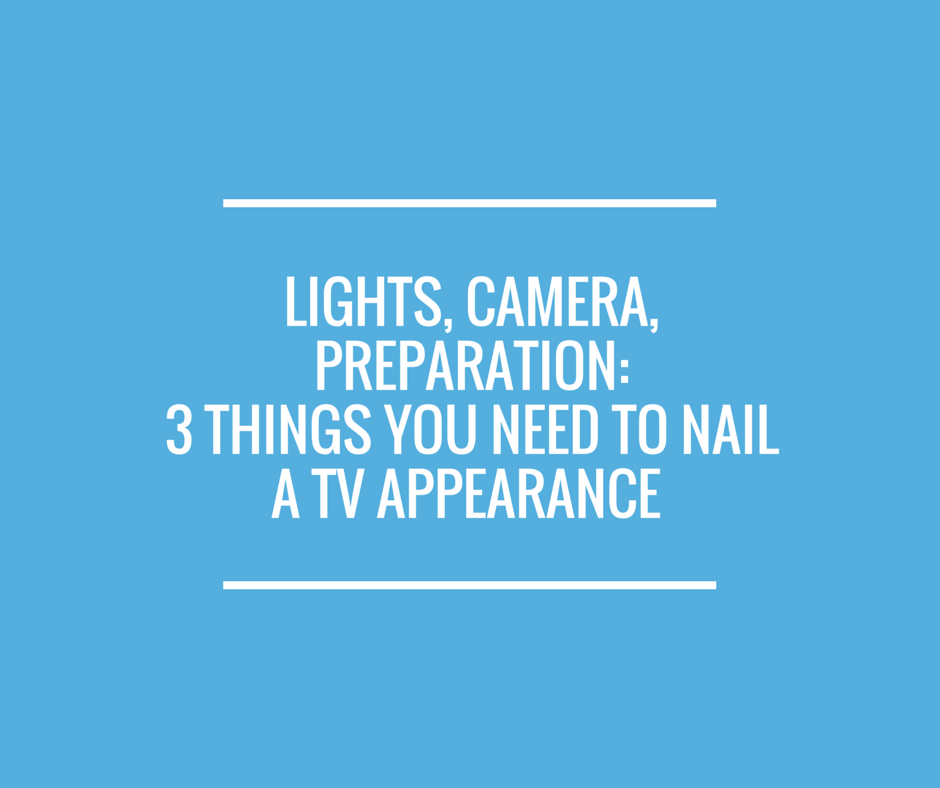 While the online media has completely exploded in recent years and video has become much more prevalent, television is still a coveted medium. The awe-inducing factor of seeing either a product or yourself on TV hasn’t gone away despite the YouTube stars who, in some, cases have more fans than Hollywood stars – but I digress.

TV can have a major impact on a brand, and it’s important that each appearance is met with meticulous preparation and rehearsal. There are a few things to keep in mind, especially if you’re appearing on national TV:

How to Measure Social Media Success An Unlikely Match: PR Parallels from the Ashley Madison Hack
Scroll to top